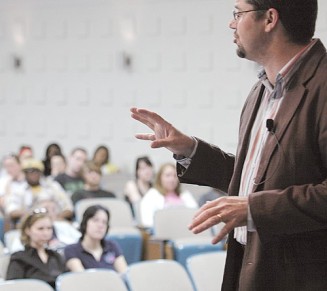 Glenn has worked for the past 25 years as a full-time researcher and sought-after writer, speaker and contributing founder of the growing movement to recover marriage as a social resource in improving the well-being of children, women, men and communities. He greatly enjoys serving as the Director of Global Family Formation Studies at Focus on the Family in Colorado Springs, an international organization working to build thriving families around the globe.

Glenn debates and lectures extensively on the issues of gender, sexuality, marriage and parenting at universities and churches around the country. He served the George W. Bush administration for many years as a consultant on increasing fatherhood involvement in the Head Start program. Glenn is a contributor to Focus on the Family’s Boundless blog,  National Review Online’s The Corner, as well as Christianity Today, First Things, The National Catholic Register, a Senior Contributor at The Federalist and the Gospel Coalition

He is the author of 8 books and a contributor to 9 or so others. He has two brand new books out. The Family Project (Tyndale, 2014), co-authored with Leon Wirth, serves as a practical Christian worldview on marriage, family, and sexuality. This book is a companion to the larger 12-part DVD small group curriculum from Focus on the Family by the same name that he also co-wrote with Leon Wirth. Loving My (LGBT) Neighbor (Moody, 2014) is a very practical look at how Christians can befriend their LGBT neighbors, co-workers, family members and those they sit next to at church in meaningful ways without having to give up our convictions.

His others are The Ring Makes All the Difference (Moody, 2011), a researched-based guide in understanding how marriage and cohabitation are very different kinds of foundations upon which to build healthy, thriving relationships and Secure Daughters Confident Sons: How Parents Guide Their Children into Authentic Masculinity and Feminity (Multnomah, 2011), which explores how mothers and fathers uniquely raise girls and boys to be strong, healthy women and men.

Glenn is working on his 9th book, The Myth of Dying Church, out in June 2019.

His others are Why Marriage Matters: Reasons to Believe in Marriage in Postmodern Society (1997) and My Crazy, Imperfect Christian Family (NavPress, 2004) and Marriage on Trial: The Case Against Same-Sex Marriage and Parenting (InterVarsity Press, 2004) which was featured on C-SPAN BookTV.

He is also the co-author of the wide theatrically released and acclaimed film Irreplaceable.

B.A. Humanities Interdisciplinary,  emphasis in Philosophy, Communication Arts and Religion from the University of West Florida, 1991.

Master’s Thesis:  “The Intellectual Impetus of the Religious Right: An Expository Analysis.”

The Myth of the Dying Church: How Christianity is Actually Thriving in American and the World (Hachette Book Group, 2019)

The Family Project: How God’s Design Reveals His Best for You (Tyndale, 2014) (with Leon Wirth)

Why Family Matters: A Modern Look at an Ancient Truth (Focus on the Family, 2013)

The Ring Makes All the Difference: The Hidden Consequences of Cohabitation and the Strong Benefits of Marriage (Moody, 2011)

Marriage on Trial: The Case Against Same-Sex Marriage and Parenting (InterVarsity Press, 2004) (with Dr. Bill Maier)

My Crazy Imperfect Christian Family: Living Out Your Faith With Those Who Know You Best (NavPress, 2004)

Why Marriage Matters: Reasons to Believe in Marriage in Postmodern Society (NavPress, 1997).

Same-Sex Marriage: The Moral and Legal Debate, edited by Robert Baird and Stuart Rosenbaum, (Promtheus Press, 2004), 69-79. Contributed chapter “How Good is Goodridge? An Analysis of Goodridge vs. Department of Public Health.”

The Little Big Book for Dads, edited by Lena Tabori and Hiro Clark Wakabayshi, (Welcome Publishing, 2001), 156-157. Contributed “The Wonder of Being Dad…Again.”

The Fatherhood Movement: A Call To Action edited by Wade Horn, David Blankenhorn and Mitchell Pearlstein, (Lexington Books, 1999), 147-160. Contributed concluding chapter: “Core of the Universe: A Metaphysic for Fathering”

Co-author, The Family Project, Focus on the Family

Boundless. A young adult’s blog on relationships by Focus on the Family.

First Person, Baptist Press. A forum of the Southern Baptist Convention on current issues of faith and culture.

Christianity Today.com. Regular posts on items related to the intersection of faith, culture and family.